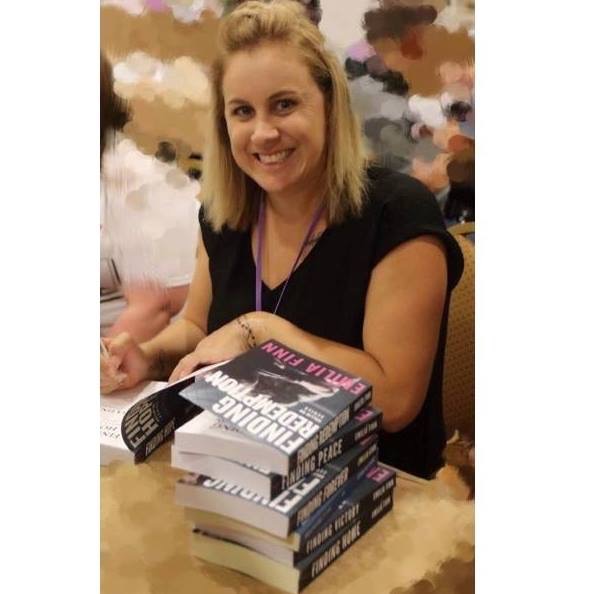 Emilia Finn is an Australian author based on the East Coast of NSW. She’s a mum to littles, a coffee and chocolate addict, and an all-around badass who forgets to slow down and enjoy the small things in life - except coffee. She enjoys the shit out of that.

She was an accountant back when she wanted to be corporate and was ‘supposed’ to stack up to expectations, but three years into that degree, she realized she’d rather wipe her ass with chilli covered cacti than look at numbers ever again.

To curb her need to roll around in a hessian sack full of angry wasps, she trained and competed on the weekends and became a national champion and a not-very-humble undefeated full-contact fighter.

No, seriously. She’s not humble about it. Ask her! She’ll show you her trophies.

Fortunately for her, right around the time she thought accounting might literally send her insane, she got hitched, honeymooned for six weeks in Scotland, and came home pregnant with a red-haired baby. (Ha! That’s actually true.)

Accounting was replaced with babies; diapers, boob milk, snot on every surface. She had a second baby (brown hair) two years after the first, and all the while, she trained and competed and tried to maintain that undefeated fighting streak.

When her little girl was seven months old, Emilia busted her knee during a training session, was told to sit down for a while to let it heal, and that’s when she dusted off her old laptop and started typing Bobby and Kit’s story.

The rest, as they say, is history.

Emilia’s knee never recovered enough for competition after that, though she still enjoys training. But her passion for fighting was replaced with a burning need to write.